Mitochondria and the Energy Cycle of Life

The mitochondria, often referred to as the “the powerhouse of the cell”, are complex, double membraned organelles involved in many intricate processes of cellular function. Under normal physiological conditions the main function of the mitochondria is in the production of adenosine triphosphate (ATP)/energy from the breakdown of carbohydrate (glycolysis) and fat (beta-oxidation). The products of their breakdown enter into the Citric Acid cycle (also known as the Krebs or TCA Cycle) to produce NADH and FADH which help feed the electron transport chain (a series of protein complexes on the mitochondrial membrane trading electrons through the complexes and moving protons across said membrane) for the creation of energy. In saying this the purpose of the mitochondria appears to be so much more than just this vital process, underlining why it has been linked to a series of debilitating diseases relating to neurodegeneration, particular cancers, diabetes and aging. Therefore the reason why it is studied can aid in our understanding and possibly cure these complex diseases.

Given the importance of understanding this organelle, between March 4th and 8th the University of Copenhagen’s, Department of Biomedical Sciences, Xlab, Center for Healthy Aging hosted two world leaders and partners in crime in Mitochondrial and Cellular Bioenergetics to deliver a training programme. Professor David Nicolls based between the Diabetes Center in Lund University, Sweden and the Buck Institute in Novato, California and Professor Martin Brand based in the Buck Institute delivered a course in cellular bioenergetics to twenty eager postdoctoral and postgraduate students from all around Europe of which I was thankfully a part of. The University of Copenhagen is world renowned for their work in mitochondrial function related to disease and the responses to aging and physical activity so the new fifteen floor Panum Institute proved to be prime location for such a course. This was the first of their presentations on this topic to students from European institutes, previously giving a similar course at the highly acclaimed Buck Institute for Research on Aging in the United States; so being involved in such an event was both flattering and daunting.

A Look into the “Current” Concepts of Mitochondrial Bioenergetics

This course focused on everything related to the functional assessment of cellular bioenergetics, from mitochondrial membrane potential, to respiration and reactive oxygen species. On the first day the entire topic was put in context when Prof. David Nicholls made a comparison between the complexity of the mitochondrial electron transport chain and a simple electrical circuit.

When looking at the function of the mitochondria, we must consider the thermodynamics in the system in which it is placed – closed, open (such as the human model) or isolated like that which we look at in our cell culture models but also the current and the amplitude much like an electrical circuit.

The mitochondria pump protons from the outer mitochondrial membrane to the inner mitochondrial membrane in order to ideally create energy (voltage) but unfortunately to make things more complicated they also need to move electrons along the respiration chain to drive the creation of such energy (ATP) (amplitude). At present we measure cellular respiration in order to quantify how well the electron transport chain works in moving electrons across their complexes to create energy (amplitude concept). The main techniques for this require a highly sensitive oxygen sensor and the most popular instruments are the Agilent Seahorse, the Oroboros O2K or the simpler Clark electrode respirometers which enable us to 1) assess the current at which protons move around the electron transport chain and 2) identify the importance of certain electron transport chain complexes in energy metabolism above others. While with measuring the mitochondrial membrane potential, which is effectively the ability of the mitochondria to drive protons into the matrix of the organelle, we are able to gather information about the voltage using certain membrane permeant cation probes (e.g. TMRM, MitoTraker Red).

In 1966 Peter Mitchell presented the concept of the chemiosmotic mechanism of ATP synthesis within the cell and looking at what he presented back then to what is accepted now very little has changed. The last 50 years seem to have been spent proving Mitchell correct as opposed to developing on what he discovered all of those years ago.

A “Potentially” Great Idea for my Research

On the second day much was discussed about the practical assessment of mitochondrial membrane potential (voltage), sieving through the current methods, those bad (e.g. JC-1 probing) and those better (e.g. TMRM+ and Rhodamine 1,2,3 probing) while evolving our understanding of the subject. As stated earlier, the mitochondria generate ATP by two combining processes, moving electrons across their complexes (amplitude) and driving protons against their concentration gradient (via the electrochemical proton motive force, Δp) through the inner mitochondrial membrane (voltage). This process of electrochemical proton motive force (Δp) results in a net accumulation of protons (hydrogen ions) outside the membrane, which then flow back into the mitochondria through the activity of the ATP-generating (energy), ATP-synthase (Complex V), thus producing ATP and completing the electron transport chain (ETC) so we can do all the things we take for granted in life,such as walking, talking or writing articles about mitochondria!  So why do we measure mitochondrial membrane potential (Δψm)? By measuring the charge/electrical gradient of the mitochondrial (Δψm) in combination with its pH gradient we can quantitatively measure the movement of protons into the mitochondria. The three principles of probing stand out most when discussing this topic. 1). Probes reach the Nernstian equilibria across the plasma and inner mitochondrial membranes, 2). Equilibration across the mitochondrial membrane is much faster than across the plasma membrane due to its surface and volume and lastly 3). Above a critical concentration probes aggregate and excess probe become non-fluorescent in the mitochondrial matrix. In hindsight this was a complicated topic, however its complexity was diminished by the Conference dinner in the Faculty Club on the same night flushing all complexes I had from my mind in preparation for the final day 😉.

Causing a “Reaction” in the Field of Mitochondrial Physiology

On the final day of this course Prof. Brand discussed the controversial topic of superoxide and reactive oxygen species (ROS) relating to both physical activity and at rest. Reactive oxygen species such as hydrogen peroxide and superoxide are produced as “by-products” during certain cellular processes (catalytic oxidation of certain metals, mitochondrial electron transport etc.). They are chemically reactive species which react with oxygen and are involved many cellular processes from apoptosis, to gene expression and cell signalling. A really good explainer on what ROS are and do can be seen HERE. It has long been accepted that ROS increase with aging and physical activity, however at times the culprit of this has largely been placed solely at the hands of the mitochondria (unjustifiably!?). With the technology at our hands at present it should be extremely simple to figure this one out. However, this has eluded many until only recently. In 2016 Prof. Martin Brand released a paper in Free Radical Biology and Medicine trying to pinpoint the exact sites on the mitochondrial respiratory chain that generate and therefore emit superoxide and hydrogen peroxide within the mammalian rat muscle. Following the discovery of these sites in the isolated-closed system of the mitochondria attempts to look at the role of ROS and superoxide with exercise were attempted. The outputs from this work highlighted significant decreases in the subunits (of which there are 11) known to produce reactive oxygen species and superoxide in comparison to the non-exercised model. What was once a concept that I never fully comprehended now appeared so clear. It always seemed counterintuitive to me that exercise, which provides so many benefits to our health, also creates negative species associated with accelerated aging and the development of chronic disease – an exercise conspiracy! More information and access to this article please click HERE.

Further on top of this, we discussed the “red wine” concept of existing models which are said to aid in ROS and superoxide species removal; an example of which would be antioxidants, which was of interest to me more specifically given the research I am involved in with the European Space Agency. “Red wine spilled on a carpet: antioxidants sweep it up but leave a stain”- antioxidants work to remove the ROS and superoxide but the remnants exist even so. As a result Professor Brand and his colleagues at the

Buck Institute have developed a really cool concept and one which could finally put an end to the fault placed upon the defenceless mitochondria developing suppressors to the main superoxide producers on the ETC – S3QELs [“sequels”] (suppressor of site 3Q electron leak) and S1QELs [“cycles”] (suppressors of site IQ electron leak). This exciting research may be the “sequel” to the elixir of life helping us to understand the aging process in greater detail.

Two of many take home points from these four brain sapping days – even something as simple as switching on a light can be made complicated and Copenhagen looks beautiful in the snow! 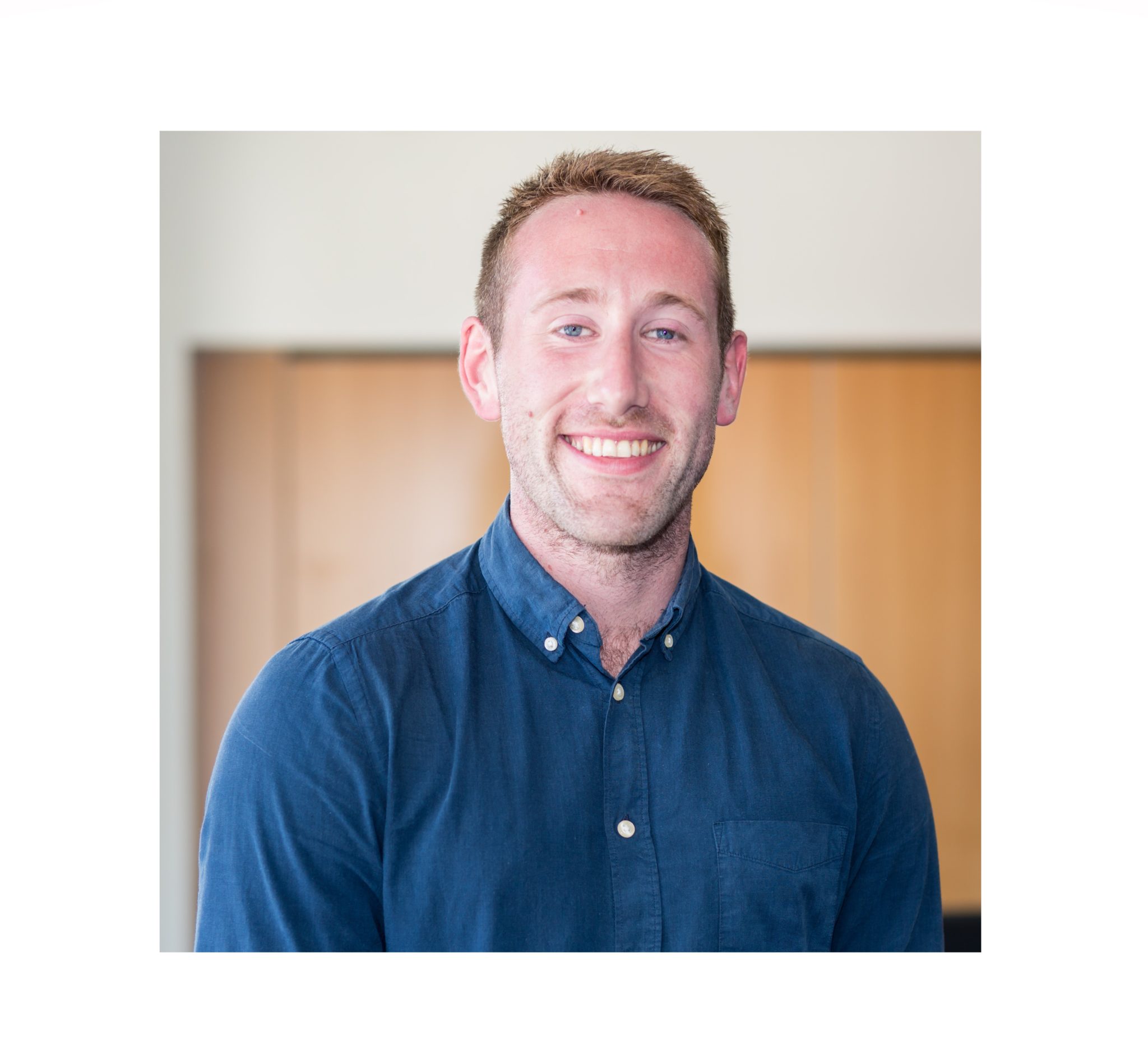