Between the 20th and the 22nd October, I had the opportunity to attend  the 1st ESACT Frontiers Retreat 2016, taking place in Lyon. Citing words from the organizing committee, this was a non conventional scientific meeting “dedicated to early career scientists working in the cell culture technology field and aimed to engage the next generation of ESACT scientists and to encourage those who have not attended previous ESACT meetings to actively participate in this community”.

The more conventional part of the meeting included Oral Scientific Sessions. All of them including many presentations from young researchers, PhD students or Postdocs, from a variety of topics related to Animal Cell Technology. It was interesting to have presentations of finished projects as well as presentations about ongoing work, which, despite not showing a lot of very conclusive data, showed very interesting ideas that are being investigated in the field. It is worth to highlight that a member of the eCHO Systems ITN, Nuša Pristovšek, did a great job during her talk! (see photo of Nuša below) 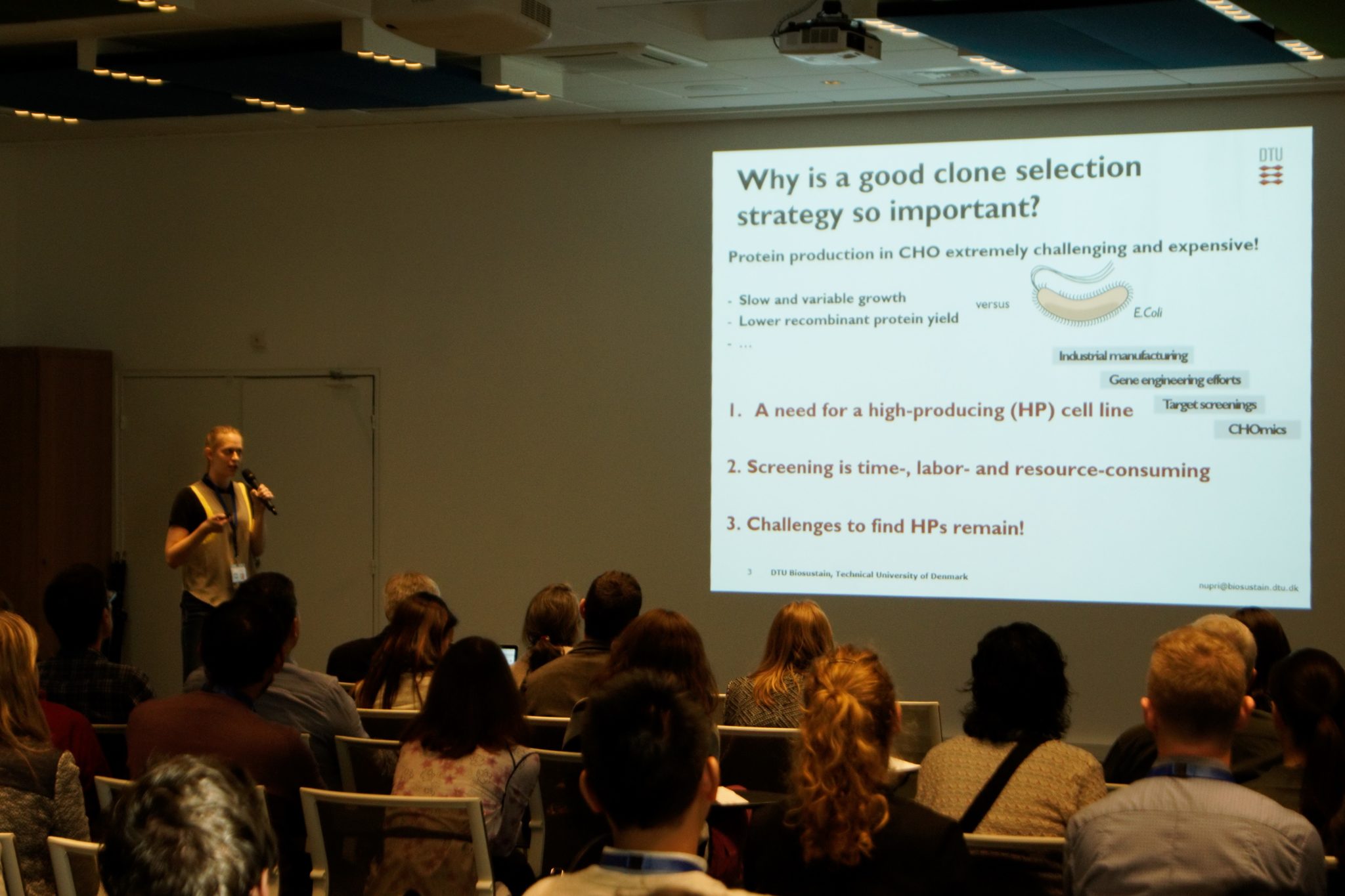 In addition to the Oral Sessions, we had the opportunity to attend up to four Career Development Sessions: a Public Speaking Workshop, a Collaboration Workshop, a Think Tank Workshop and a Career Development Workshop. These workshops were the differential trait of the meeting, and I believe they were the sessions that people enjoyed the most.

The Public Speaking seminar was held by Tom Kost, former Director of Biological Reagents and Assay Development at GlaxoSmithKline and aimed to provide the audience with “key tips” to Prepare, Organize and Present their scientific work. My favourite tips were: show enthusiasm! If you are not passionate about your presentation, how can you expect to inspire your audience? Keep it simple and focus your message and edit, edit, edit yours slides and use them as a support to your presentation, not as the presentation itself.

The Collaboration Workshop, driven by Michael Heath from MH Consulting, was such an experience for me as I had never done something like this before.

The first part of the workshop was  a talk about cultural differences. It was very interesting to learn how people from different cultural environments have different ways to communicate, which need to be understood in order to have fruitful collaborations. Those differences are neither intrinsic to human nature, nor specific personality traits of a given individual, but they belong to each person’s cultural background and are often overseen. However, these existing cultural differences have a very important influence on how people understand each other and how a collaboration can develop. Concepts such as low context or high context cultures, Direct Negative Feedback or Indirect Negative feedback, were completely unknown to me before the workshop. The two first refer to how communication carried out in specific cultures. In low context cultures, people use precise and simple messages versus the more sophisticated and “read between lines” messages that people from high context cultures use. The two last are related to how people from different cultures provide negative feedback to each other. For instance, direct and honest negative feedback in a group as opposed to negative feedback wrapped with positive messages to soften critics which are only given in private. Now I know I will have to pay more attention to those details, and actively make efforts to understand the cultural context of my peers if I want to improve our communication.

The second part of the workshop involved the participation of the attendants in a collaborative competition. It would be unfair to go into details of what we did there, as the main exercise actually works best if people never have done it or heard about it before. What I can share is the take home message we all got from this exercise: the importance of the synergy effect of collaborations, as when developed in a good and effective collaborative environment, the final result will be greater that that sum of the parts. 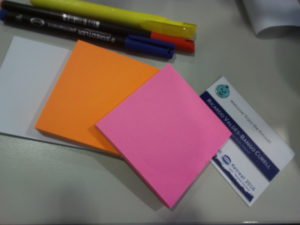 The Think Tank workshop was also very interesting. Participants distributed in teams, and had to prepare a poster about specific research-related topics, including, for example, IP versus open source research or crowd-funded research. To promote participation and debate inside the teams, we only had access to a paper board, colourful post-its and pens! It was very nice to dive into a new topic with nothing else than a group of young scientists and to have to build a poster with our own hands. I must say that I really enjoyed sharing ideas with my peers and I travelled back to my childhood when building the poster!

Finally, participants attended a Career Development session. The format of this session was again very good. Three speakers, Kerstin Otte, Professor at University of Applied Sciences Biberach, Hitto Kaufmann, currently Global Vice-President of BioPharmaceutics Development & Platform Innovation within Sanofi R&D and Marcel Tigges, Co-founder of BioVersys, shared their experience with the audience. In their talks, they highlighted the main skills to succeed as well as the decisions, good ones and bad ones, that lead them to success in their respective careers in an academic, industrial or start-up environment.

Several of my fellow eCHOs from the eCHO Systems ITN attended the meeting as well. This made it even a better experience for me, as we had the chance to get updated on our respective projects and promote our network at the event.

I would say the organizers were right and my expectations were fullfilled. The 1st ESACT Retreat 2016 was a great forum for young researchers to present and promote their work. We could learn about science and other important soft skills, as well as grow our network in a very friendly, relaxed, and professional environment. I highly recommend you to attend future meetings and hope I can do it myself! I would also like to thank again the organizing committee for their wonderful job and invite you to watch the great video they recently released.

In addition, you can access the Abstract book of the meeting here. 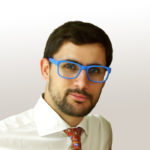 My research focuses on the investigation of genetic switches, endogenous or exogenous, for controlled transgene expression in mammalian cells. My final aim is to develop potential applications of these in the biopharmaceutical industrial context. I am funded by an Early-Stage Researcher Marie Skłodowska-Curie action from the European Comission, as part of the  Innovative Training Network eCHO-systems, 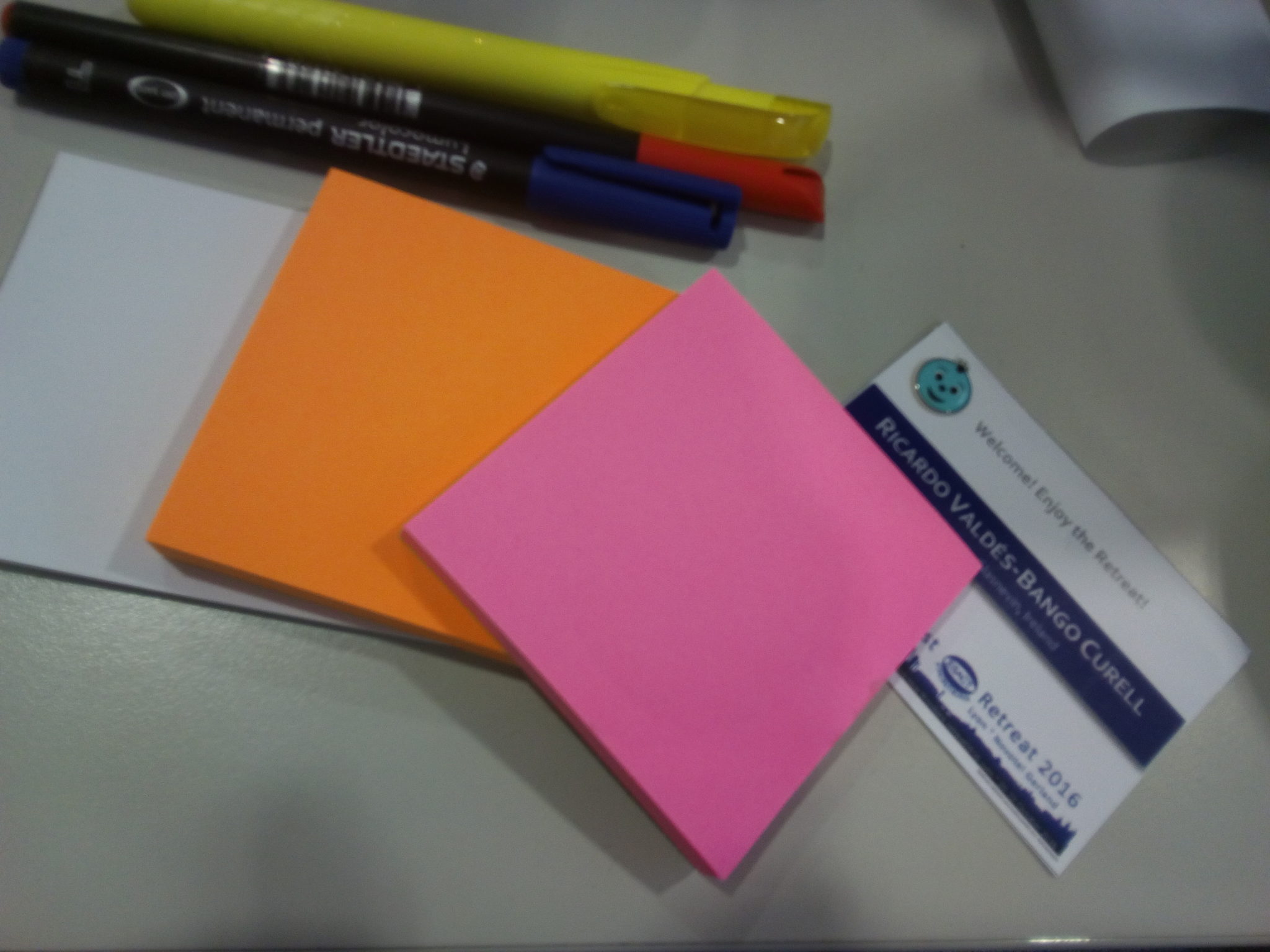