On Tuesday morning 07.06.2016, Mr. William Power, Consultant Ophthalmic Surgeon, conducted the very first cornea-limbal stem cell transplant in Ireland, at the Royal Victoria Eye & Ear Hospital, an event that was covered by RTE. Mr. Patrick Godfrey of Co Tipperary underwent the procedure during an hour-long operation in an attempt to restore his deteriorating sight. While it is still early days to know if the technique has been a success, this represents the final phase in a project involving the collaboration between researchers, scientists and clinicians in the National Institute for Cellular Biotechnology (NICB) in Dublin City University (DCU), the Royal Victoria Eye and Ear Hospital (RVEEH) and the Irish Blood Transfusion Service (IBTS), which is also the National Eye Bank.

The cornea is the transparent dome on the front of the eye. This transparent dome acts like a window, protecting the inner light detecting components of the eye from dust and germs, as well as acting as the outermost lens of the eye (focusing 65-75% of the light entering the eye). The cornea has a number of different layers and the layer of cells on the surface of the cornea (the epithelium) are continuously being lost and replaced. The replacement of these cells is the job of the cornea-limbal stem cells which are located in the periphery of the cornea in an area known as the limbus. If the cornea becomes severely damaged so that the cornea-limbal stem cells in this region are lost then the healthy surface of the cornea is lost. This in turn leads to scarring, inflammation and neovascularization of the cornea surface resulting in a reduction in vision or blindness as well as pain and physical discomfort. The loss of these cornea-limbal stem cells can occur due to trauma such as thermal or chemical burns, or certain disorders such as aniridia, autoimmune disease such as Stevens-Johnson syndrome.

For these patients a cornea transplant often fails due to the deficiency in cornea-limbal stem cells. This new treatment option of transplanting cornea-limbal stem cells grown in the laboratory aims to provide a new layer of stem cells on the outer surface the cornea, thus restoring the surface allowing light to enter the eye and restore vision. It is a new tool for Irish clinicians to help patients who have damage to their cornea. While this technique has been available in a number of other countries, before now this was not a treatment option available in Ireland. Though it should be emphasised it is not a cure-all option, and in some cases an underlying issue also needs to be corrected.

The project started following a meeting organised by Mr. Vincent Lynch (SVUH) between the cornea clinical team from the RVEEH of Mr. William Power and Prof. Conor Murphy and researchers at the NICB, DCU lead by Prof. Martin Clynes, in which the possibility of cultivating cornea-limbal stem cells was raised. It was agreed to give it a try and the work was very fortunate to have received a kick-start of early funding from Pharmacia-Upjohn Irish College of Ophthalmologists Fellowship award which was awarded to Dr. Andra Bobart (RVEEH) and the Research Foundation of the Royal Victoria Eye and Ear Hospital, Dublin /National Council for the Blind of Ireland. Additional funding was later received from the Health Research Board as a Partnership Award scheme and the 3U Biomedical Research (DCU–Maynooth University–RCSI) partnership.

The research team at the NICB of Dr. Kishore Reddy and Dr. Clair Gallagher was led by Prof. Martin Clynes and Dr. Finbarr O’Sullivan. Like a lot of things in life what seemed straight forward at first glance had a few twists and turns along the way. But the research team at the NICB eventually developed and optimising the culture conditions necessary to grow the cornea-limbal stem cells in the laboratory. The technique involves isolating and growing in the laboratory the limbal-cornea stem cells from a donor cornea. Once the technique was firmly established by the researchers in the NICB, the challenge was now to adapt the process to one that would meet the regulatory approval necessary for the process to be used in the clinic. These regulatory requirements are significant hurdles for any university research laboratory to meet.

At this point the IBTS, agreed to take the process further and develop the process to meet the stringent requirements necessary for clinical approval. The IBTS provides all corneas for transplant in Ireland. Cornea grafting is used for many corneal diseases, but relies on an intact limbal cell source in the recipient for long term success. In January 2016, the IBTS received authorisation to grow these cells as an Advanced Therapeutic Medicinal Product for clinical use from the HPRA. The stem cells originated from a human cornea which was donated by a deceased donor. These stem cells were then isolated and grown in carefully controlled conditions in the clean rooms of the Irish Blood Transfusion Service over a period of 12 days by the team of medical scientists led the Chief Medical Scientist Sandra Shaw, Colin Hynes and Fiona Cauchi and by Dr. William Murphy, Medical and Scientific Director.

This achievement was made possible by a generous bequest to the IBTS by the late Edith Ingram to the IBTS with the stipulation that the funds raised would go specifically towards ocular work.

Now finally regulatory approval has been granted and Mr William Power has conducted the first operation using cultivated cornea-limbal stem cells. It is hoped that a further 6 patients will received this treatment during 2016. To reach this point is due to the collaboration of effort between the three partners providing clinical, research and product development in developing the process. Also the work owes a lot to those who provided funding to help the project keep progressing at the various stages.

Further information on this is available on the Dublin City University website. 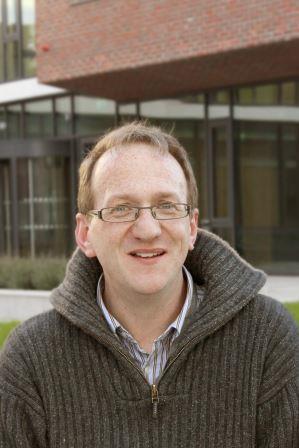