València rests on the banks of the Turia river on the east coast of the Iberian Peninsula, and despite being classified as having a subtropical Mediterranean climate it definitely was in the midst of a long hot summer when I attended, much like Ireland!  Valencia is the 3rd largest city in Spain behind Madrid and Barcelona and for 3 days in July 2018 it hosted the 3rd Global Insight Conference on Breast Cancer.  As the Iberian Peninsula enjoys at least 10 hours of sun during July, it was no surprise then that the meeting attracted many attendees from as far away as Hawaii, Australia, the US, South Korea and India looking to enjoy a European getaway. 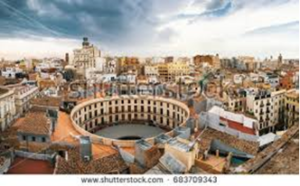 The conference hosted by Innovinc attracted a wide variety of experts including oncologists, surgeons, basic scientists, chemists and engineers who were willing to speak on advances they had made in the field of breast cancer research.  Ireland was represented by myself and the current head of the Irish Association of Cancer Researchers, Prof Amanda McCann from UCD who was also an invited speaker.  My attendance at the meeting was sponsored by BreastPredict and the Clinical Cancer Research Trust. 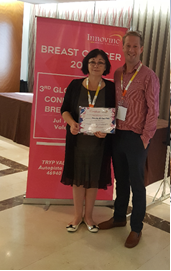 The conference was opened by Professor Charles Streuli from the Centre for biological testing and Wellcome Centre for Cell-Matrix research based in the University of Manchester.  Professor Streuli presented exciting data looking at the link between breast cancer and circadian clocks.  Many systems in the human body are regulated by circadian clocks including the menstrual cycle.  A vidoe describing what circadian rythms are is inlcuded below.

Professor Streulis lab demonstrated that the circadian clocks which reside within the breast tissue are disrupted when a cancer progresses.  He related these cancerous changes in breast tissue to alterations in the integrins and Rho-mediated control on intracellular signalling.  Prof Streuli’s lab now hopes to determine if resetting these clocks can prevent the development of breast cancer. 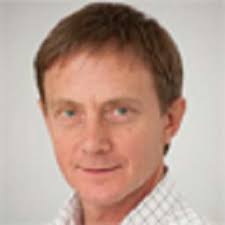 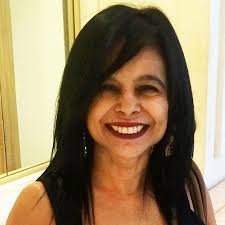 Day 1 also had interesting talks from several speakers including Dr Khaled Fathi Greish from the Arabian Gulf University in Bahrain.  Dr Greish presented data demonstrating that Viagra ‘Sildenafil Citrate’ can be used to overcome multidrug resistance which limits the effectiveness of the chemotherapy drug doxorubicin which is used to treat patients with triple negative breast cancer.  Multi-drug resistance is caused by the elevated expression of a group of proteins known as ABC-transporters which occur on a cancer cells surface. The increased expression of these proteins results in cancer drugs being trafficked out of the cancer cell drugs before they can have their anti-cancer effect.  This obviously results in anti-cancer drugs being less effective and we need to better understand how to address this problem.

It is important to note that Viagra which was marketed as an aid for erectile dysfunction was never developed for an agent to overcome multidrug resistance, but demonstrates the ability of non-cancer drugs to synergise with common anti-cancer drugs.

On the start of day 2 of the conference Prof Suzanne Fuqua from the Baylor College of Medicine, Breast Cancer Centre, USA spoke in great detail of the role of ESR1 mutations as drivers in late stage ER+ breast cancer. 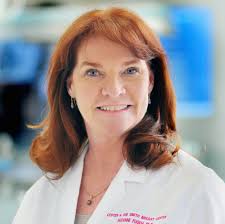 ESR 1 mutations which occur in the oestrogen gene frequently appear as a patient’s breast cancer develops and spreads.  Her labs research demonstrated how ESR1 mutations can actually drive sensitivity to endocrine therapies despite the patient’s cancer not being dependant on estrogen anymore.  Her research now aims to develop therapies which can be used to treat these ESR1 mutated cancers.

The conference also included talks from researchers who are working on cancer survivorship and how this growing area of study is becoming a focus of a lot of very interesting and dynamic research.  Cancer Survivorship will become even more important as it is now clear that there are currently more people living with cancer, rather than dying from the disease.  We as cancer researchers need to better understand the consequences of a cancer diagnosis on a patient’s life, and start to conduct research which aims to improve their quality of life.

The first talk was by Dr Erin O’Carroll Bantum a researcher from the University of Hawaii Cancer Centre.  Dr Bantums group presented data from an exercise program they had introduced in their centre in Hawaii.  The program promoted the use of moderate to vigorous exercise using the cultural dance Hula as a way of promoting exercise in women who are cancer survivors.  Despite the number of patients being small they found that the use Hula dance sessions led to patients engaging in frequent exercise long after the initial study had finished.  These changes in attitude to exercise were associated with improvements in physical activity and in social functioning.  These results are exciting as it represents a strong link between physical activity which included a social aspect and better outcomes for these patients. 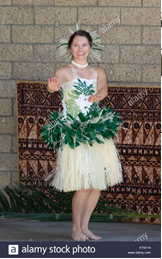 A second very interesting talk was by Farah Abdul Aziz from the Perth Surgical Clinic in Australia.  Dr Aziz spoke and played a video of a novel method for breast reconstruction using the remaining tissue surrounding the breast after a breast cancer resection.  Dr Aziz also presented images of the results of her surgical intervention which demonstrated the positive effects of the surgery, and she also reported the high rate of satisfaction of the intervention from her patients.

On day 3 I was very interested in a talk by Professor Prasad Shastri from the University of Freiberg on novel 3D organoid screening platforms for drug testing.  Currently scientists use a 2D-system of cell culture for drug screening.  This 2D-system is limited as it fails to replicate the 3D structure of tumours.  3D-cancer structures can result in drugs failing to reach their target cancer cells, and may be a reason why certain drugs which work well in the laboratory fail to have an anti-cancer impact when tested in animals or humans.

Prof Shastri is a bioengineer and his lab completed some remarkable work to identify and develop novel 3D laboratory cellular models which more faithfully replicate the tumour environment. 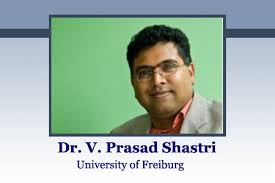 His talk also introduced us to the use of novel cellular matrices.  These support structures grow around the cells and can be used to replicate normal cellular tissue, which can help drive cellular assembly into organ-like structures.  He has also developed imaging platforms and detection methodologies to track individual cellular types in these structures.  His overall goal is to lay the foundation for the next generation of tools to drive cancer drug screening, and we hope to collaborate with him in future studies. 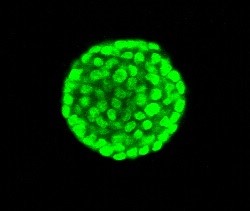 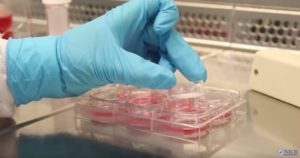 On Day 3, I also heard from the President of the Irish Association for Cancer Research  Professor Amanda McCann and her labs study on the profiling of extracellular vesicles derived from senescent triple negative breast cancer cells. 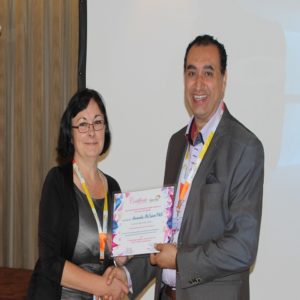 Senescence is an ‘escape mechanism’ used by cancer cells, whereby under pressure from chemotherapy drugs they adopt a ‘sleeping or rest state’.  This rest state means that they can remain undetected, and can exist until conditions around the cancer cell improve (eg the drug is removed).  The cancer cell can then restart and continue to grow.  Prof McCann’s group harvested media from TNBC cells which were treated and became senescent when treated with a chemotherapy drug called paclitaxel.  Her lab firstly demonstrated that exposure of the TNBC cells to paclitaxel resulted in them becoming senescent.  She then presented some exciting data which aimed to determine the protein profile of these extracellular vesicles (EVs).  This can be important to allow us to understand how to treat these EVs or cancer cells to.  They found that proteins involved with apoptosis and ATP depletion were common in the EVs.  She also found that the EVs had increased expression of drug efflux pumps (ABC Transprter proteins), likely indicating why they are resistant to common anti-cancer drugs.  The work of Prof McCann’s lab helps explain why senescent cells are an issue with the treatment of TNBC and provided insight into how we might treat this subset of cells.

Finally, I was able to present our study which aimed to develop a personalised medicine approach for ERBB-family mutant cancers.  My talk which identified that mutations which occur in the genes EGFR, ERBB2, ERBB3 and ERBB4 are common in many different cancer types.  Results generated in our lab found that we could treat ERBB-mutant cancers with a PI3K inhibitor.  This is a novel finding as PI3K inhibitors are not designed to work in these cancers.  We also described how those cancers which had both and ERBB-family and a PIK3CA mutation were very sensitive to the combination of PI3K inhibitors and those drugs which target the ERBB-family of proteins such as afatinib.  The added advantage of this combination approach is that it was able to kill and not just stop the growth of cancer cells.  We believe the results of this study could have a real impact on patients who are ERBB-family and PIK3CA mutated.  This population of patients accounts for between 6-11% of bladder, uterine, cervical, colorectal and stomach cancers and should be further investigated in clinical trials. 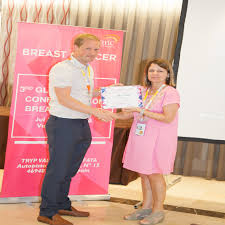 The conference had many interesting and exciting talks, however despite the advances we have made in the treatment of primary breast cancer, we have not really found a way to effectively treat patients with metastatic breast cancer.  It was also encouraging however to see work on cancer survivorship, and I believe this is something that we should start to focus on.  I was delighted to be invited to speak at the conference and it offered me a chance to present our work to an international conference, whilst striking up new collaborative opportunities with other groups.  They have already announced that next year’s conference will be held in London 2019, and just after I arrived back I have been invited to speak again.  So looking forward to potentially attending again! 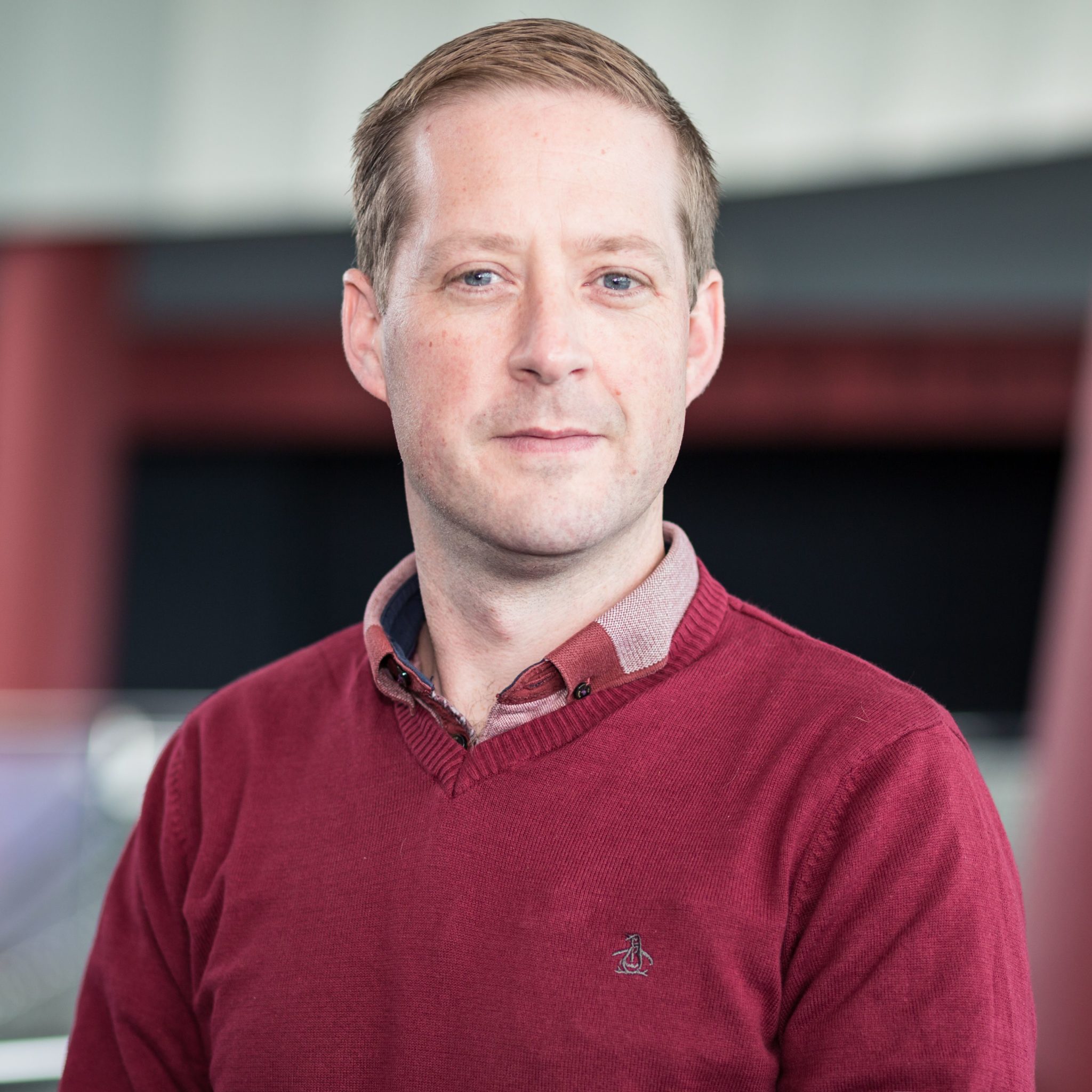